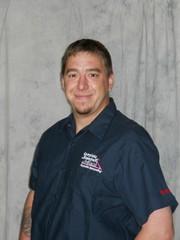 Cody is a valued crew leader for Complete Basement Systems.  With over 8 years of experience installing our basement waterproofing and foundation repair systems, Cody takes great pride in the work he does to every final detail ensuring complete customer satisfaction.

Cody resides in Eagle Lake, MN with his wife and 3 children.  When not working he very much enjoys family time at home or attending activities his children are involved in.

Customer Reviews
About Me
View all Reviews
Testimonials
from customers I've helped!
View all Testimonials

Blue Earth, MN Basement Waterproofing &...more »
Before and after photos from jobs I've worked on:
Back to Previous Page Back to Meet The Team